Taylor Swift’s new music video: A guide to what it all means

Taylor Swift has used her latest video to throw some shade and let the world know she’s heard everything people have been saying about her.

Swift premiered the video for “Look What You Made Me Do” Sunday night at MTV’s Video Music Awards and it was a lot to take in.
Related: MTV Video Music Awards 2017: The winners list
The singer, who had been keeping such a low profile for so long that fans had started to worry, posted in an Instagram caption over the weekend saying “There will be no further explanation. There will just be reputation.”
It was a clever tease, given that “Reputation” is the name of her new album set to drop on November 10.
Since Tay has yet to give the low down on what it all means, we’ll attempt to break it down for you:

The death of her rep

The singer gets right down to it, opening up her video with a tombstone that reads “Here lies Taylor Swift’s reputation” before a zombie version of Swift climbs out of the grave.
And how did her reputation die?
The viewers don’t get a cause of death, so one is left to assume Swift is making a statement about all the bad press she’s gotten in the last year or so with everything from her break up and spat with producer and DJ Calvin Harris, to her highly-publicized falling out with rapper Kanye West and his wife, Kim Kardashian.
Swift and the couple have had competing narratives as to whether Swift signed off on West calling her a “b***h” in a song lyric.
Some fans think Swift took a shot at West with the lyrics “I don’t like your little games, don’t like your tilted stage/The role you made me play of the fool, no, I don’t like you.” The rapper’s last concert tour featured a floating and tilted stage.
The moment at the end of the video when Swift said “Getting receipts, gonna edit this later” as she pointed her camera phone and mimicked the act of recording a video was interpreted by some fans as a swipe at Kim Kardashian, who was said to have “brought receipts” to her husband’s spat with the pop star.
Said “receipts”– an internet catchphrase used to call for proof or evidence — was a video of a phone conversation between the rapper and Swift, which Kardashian said proved the singer knew about the song lyric she later complained about. Swift shot back at the time that no where did the video show her approving being called a “b***h.”

The internet also has some theories about a scene in which Swift dressed up to look like Katy Perry.
One fan tweeted a screen grab of the scene writing “#TaylorSwift personates #KatyPerry holding a #Grammy because Taylor has plenty & Katy doesn’t have one.”
View image on Twitter

#TaylorSwift personates #KatyPerry holding a #Grammy because Taylor has plenty & Katy doesn’t have one. #LWYMMD#LWYMMDvideo #VMA 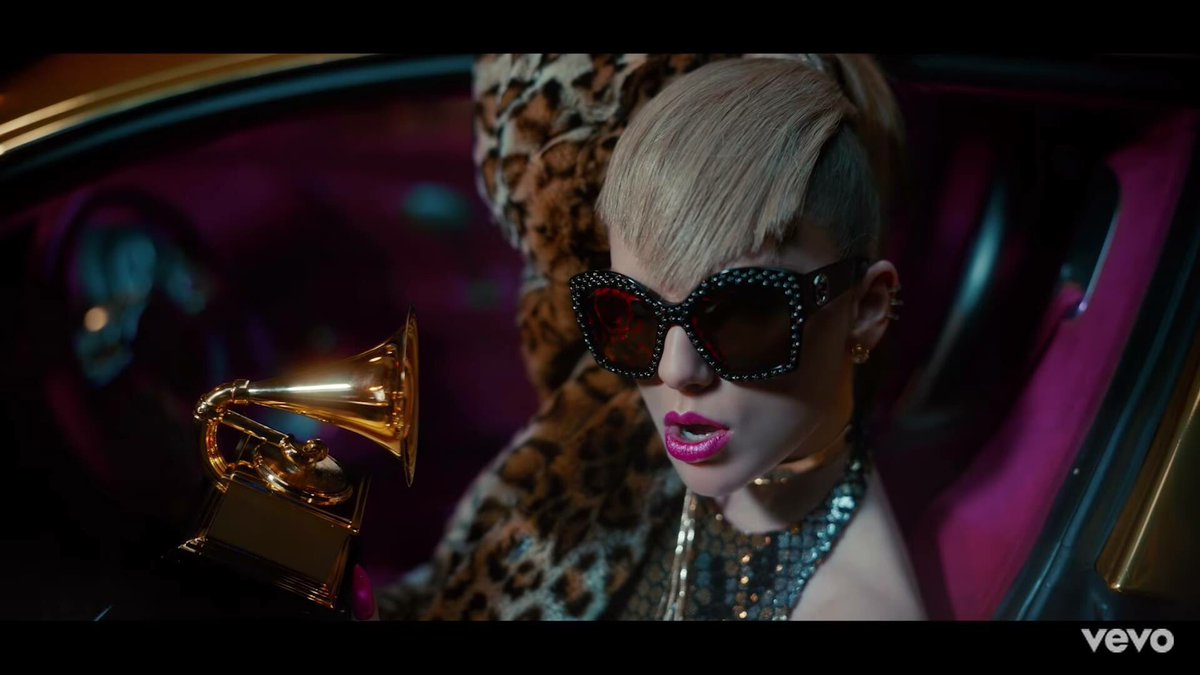 Oh hi @katyperry didn’t know you were on the new @taylorswift13video! Oh no wait… #TaylorSwift#LookWhatYouMadeMeDoMusicVideo

Twitter Ads info and privacy
The two have had a long-standing feud and interestingly enough Perry was the host of the VMAs this year.

Swift gave a nod to last year’s hoopla over then-boyfriend actor Tom Hiddleston, who wore a white “I Heart T.S.” tank while the pair frolicked with friends at the beach for Fourth of July weekend.
She cheekily had a group of male backup dancers wear crop tops with the same message, though in black, possibly to match the stilettos they rocked.
And if you dig the look, you too can proclaim your love as it’s part of the merch for sale on her site.
View image on Twitter 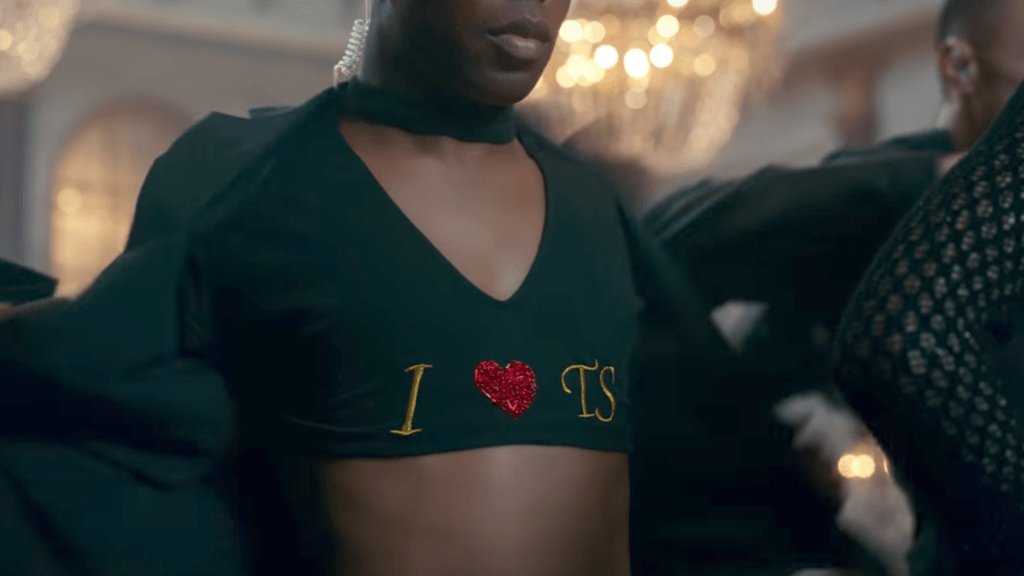 Taylor Swift Is Selling the ‘I Heart T.S.’ Crop Tops From the ‘Look What You Made Me… http://www.majorceleb.com/taylor-swift-is-selling-the-i-heart-t-s-crop-tops-from-the-look-what-you-made-me-do-video/ …

“Swifties,” as her die-hard fans are known, were thrilled with the singer owning a bit of her hater history.
#TaylorSwiftIsASnake has been the hashtag for those on Twitter wishing to take the singer to task, and the reptiles showed up in her video, with one even serving her tea.
Related: Taylor Swift and snakes: The backstory

Old and new Taylor are never ever ever getting back together

Swift’s many faces and signature looks of over the years made a stunning appearance rife with symbolism.
Dressed in a furry one-piece which read “Rep,” the new Swift stood on a mountain made up of the older versions of herself from different music videos and red carpet appearances.
The old Swifts fight to climb to the top before they are all seen falling away.
And if that imagery wasn’t obvious enough, we see the new Swift saying into the phone “I’m sorry, the old Taylor can’t come to the phone right now. Why? Oh, cause she’s dead.”

Those old Taylors help Swift close out her music video as she uses them to parody some of the stinging comments that have been made about her over the years.
There’s earnest, nerdy Swift from the “You Belong With Me” video who was scolded by zombie Swift saying, “Stop making that surprise face, it’s so annoying.”
“You can’t possibly be that surprised all the time,” said ballerina Swift, who appeared in the “Shake It Off” music video.
The just starting out, acoustic guitar version of Swift from her teen years was told to “Stop acting like you’re so nice, you are so fake” by circus ringleader Swift from the 2012 MTV European Music Awards.
When baby Swift starts to cry, a nearby Swift says “There she goes playing the victim, again.”
The video ends with the version of Swift who was famously interrupted by West during her acceptance speech at the 2009 MTV Video Music Awards.
Wearing that same off the shoulder gown and clutching her VMA award, Swift utters her now infamous line “I would very much like to be excluded from this narrative” which was part of her official statement to the whole West-Kardashian kerfuffle, to which the rest of the Swifts respond with a resounding “Shut up!”

Jackie Chan releases new English memoir: ‘I really was quite a nasty jerk’