Wood, fire and metal: How fine whiskey gets its flavor

“The story of the barrel is one of the overlooked crafts of whiskey-making,” says Jeff Arnett, master distiller of American whiskey brand Jack Daniel’s.

Indeed, the type of barrel the spirit is stored in has an enormous influence on its taste, making the art of cooperage — the crafting of the barrels — an essential part of the whiskey-making process.
It’s a process that still relies on a huge amount of human skill despite advances in technology streamlining production. 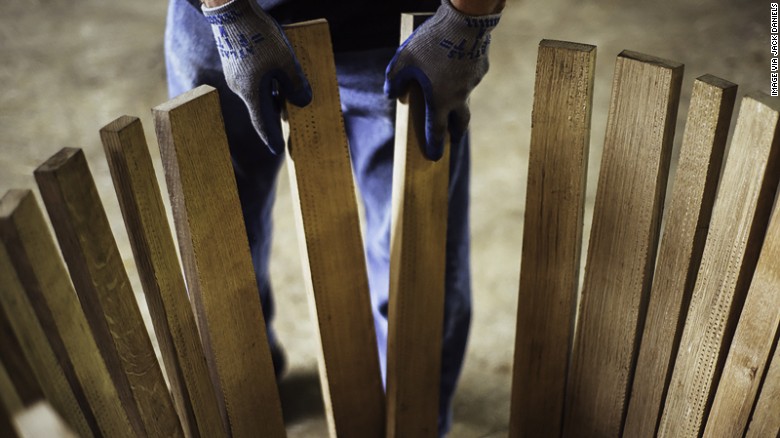 American white oak is the most commonly used wood to make staves: long sections of wood that make up the main part of the barrel
“The tools used to shape the staves and bind them with the hoop (haven’t changed much) … It’s still a hand-crafted business,” says David Cox, the former director of fine and rare whiskeys for The Macallan, a single malt distillery that has produced rare whiskeys since 1824.
He adds: “There’s something elemental about making casks. There’s a romance to it.”

The process of making a whiskey barrel usually begins with a stock of American white oak. This is the most commonly used wood for whiskey barrels, largely due to how leak-resistant it is and the flavors it imparts into spirits. Most whiskey barrels are made in the US, where white oak grows. 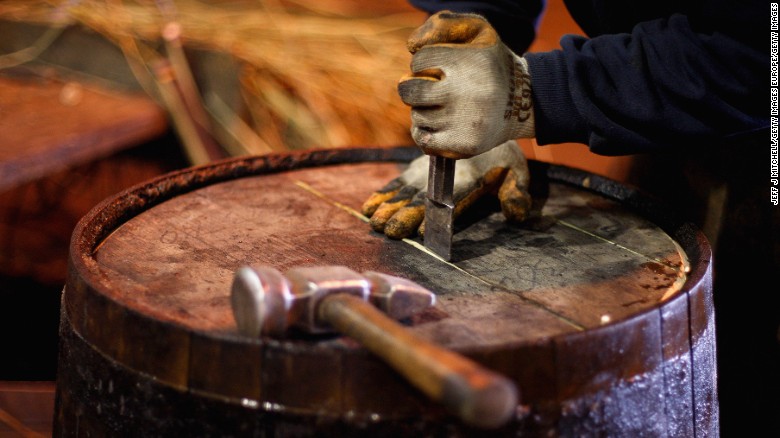 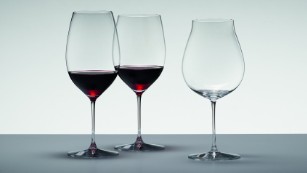 Can the shape and design of a glass affect the taste of wine?
Coopers divide the wood into the long body sections, called staves, ensuring its rings are at right angles to the wood’s wide face. This minimizes the chance of the wood warping and makes it more water-resistant.
After the circular wooden tops and bottoms are attached, the staves are placed in a belt-like iron hoop before being bent — usually by softening the wood with steaming — into the signature curvy shape of a whiskey barrel.
(“It’s made in the shape it is so you can steer it when you’re rolling it like a wheel,” says Arnett.) 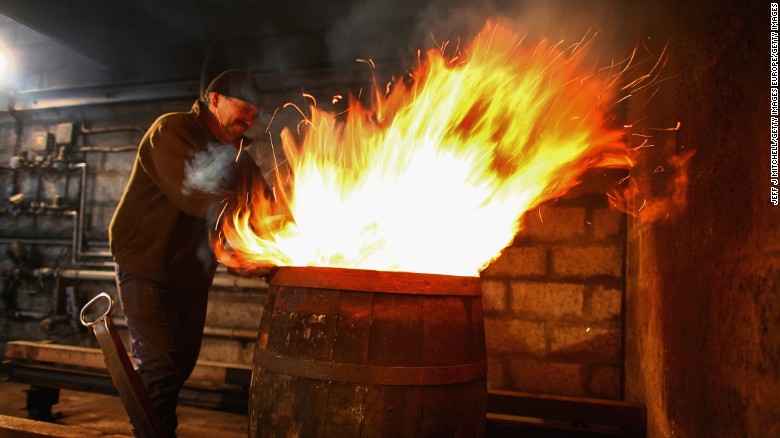 Charring the barrel — flames are fired into whiskey barrels to char them, helping release flavor from the wood
The next stage is to char the barrel by firing flames inside it. Barrels usually pass through gas-powered flaming systems on conveyor belts. This extracts flavor from the wood, which seeps into the spirit during the whiskey’s maturation process, which lasts for a number of years depending on the brand and style.
The charring process is, “an amazing sight to watch,” Cox says.

With global demand for whiskey increasing, demand for barrels could get even bigger.
In the US, whiskey sales have been growing for a decade, rising 6.8% from the previous year in 2016, with $3.1 billion of sales to wholesalers. Recently the price of scotch, perhaps Scotland’s most famous export, has risen due to a similar spike in popularity. Japanese whiskey has also boomed both domestically and abroad. 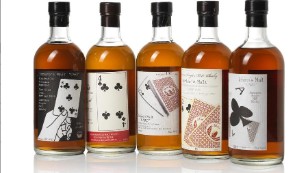 Intoxicating investment: How some whisky lovers are now making millions
Crow says that the cooper will remain intrinsic to the whiskey-making process. Speaking about Diagio’s cooperages in Scotland, which repurpose barrels bought from the US for Scotch whisky, he says: “We have robotics to place the casks … but there’s still a traditional, manual skill at work.” 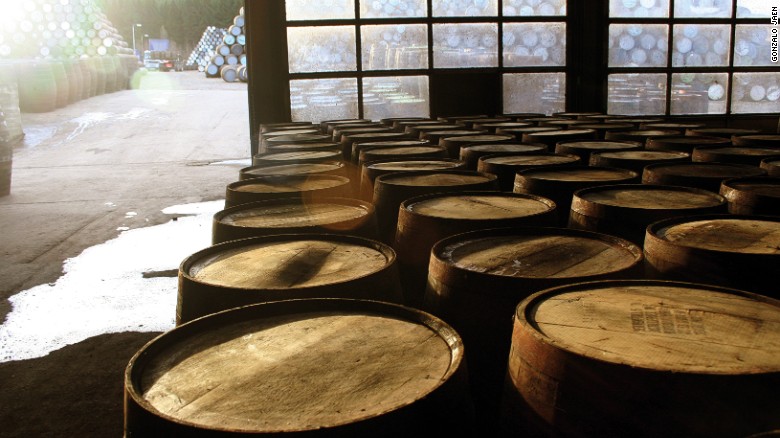 Whiskey barrels house the spirit for a number of years to allow the drink to mature before it is bottled
“We treat used barrels by scraping their inner surface to remove old char, then re-char and re-burn them. There’s a real focus on the manhandling aspect.”
Cox is also happy robots aren’t taking over the main crux of production.
“In a time of great technological change, there is a certain comfort that sometimes doing it the old way. Perhaps the slow way can be the right way,” he says.(source CNN).